Skip to content
Aquapaccer Will Millard pack-rafted 100 miles down the remote Morro and Mano rivers earlier this year on an extraordinary journey at the front line of African conservation – an area where Sierra Leone and Liberia are planning to form one of the largest and most ecologically important national parks on the continent. 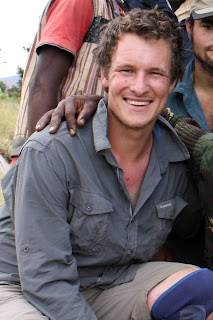 I had just joined a club that includes Cheryl Cole, Ross Kemp, John F Kennedy and Genghis Khan.
I had malaria.
There will be an additional 200 million new members by the end of this year and in this part of West Africa it kills more people than anything else.
I was taking the prophylaxis Malarone, sleeping in a mosquito net and wearing mosquito repellent, yet here I lay, rigid in my hammock, pouring with sweat but trembling with cold, fumbling for my water bottle and unable to cope with the bright light of my torch.
I would have felt a little unlucky had I the time to feel sorry for myself. I was utterly alone, camped out somewhere along the heavily forested borders of Sierra Leone and Liberia. I had to get out. 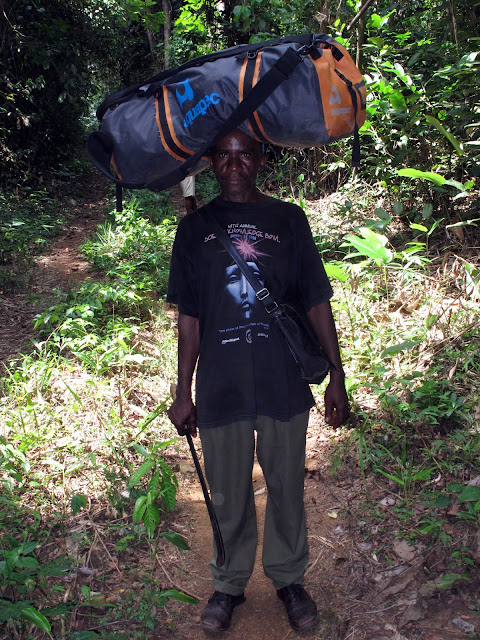 Earlier this year I received the Journey of a Lifetime award from the Royal Geographical Society. It included a grant to cover expenses, radio training and kit to record my expedition for BBC Radio 4.
My plan was to haul my packraft to the top of the Gola Forest and make the first descent of the riverine border of Sierra Leone and Liberia, right through a chunk of Africa’s most threatened jungle environment – the Upper Guinean forest belt. 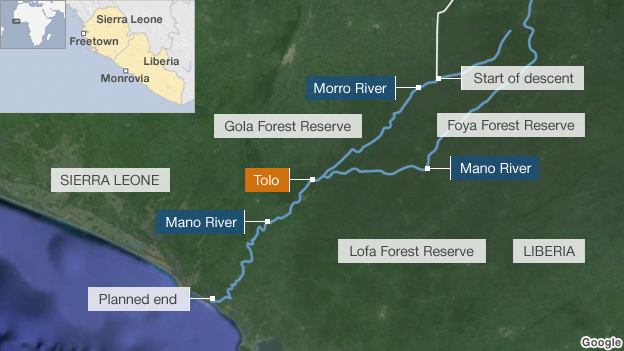 More than a quarter of Africa’s total mammal species are found in the belt, with bizarre creatures such as the pygmy hippopotamus found nowhere else on Earth.
The need to protect what still remains of this one-off environment could not be more critical, and in a twist of fate, the decade-long civil wars in Sierra Leone and Liberia threw something of a lifeline to their forests. 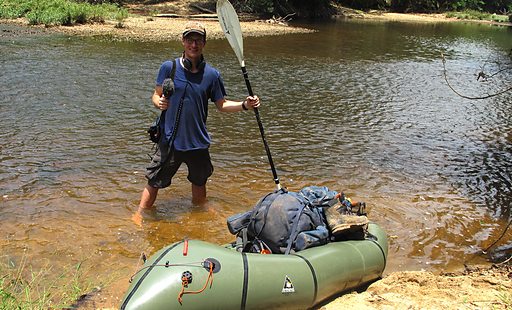 Commercial logging had been tearing the belt apart elsewhere along its length, but on the borders of the two nations it has remained largely untouched.
Plans are now afoot to preserve 219,000 hectares of jungle within a landmark transboundary park that, if realised, could well become a template for transnational conservation initiatives elsewhere on the continent. 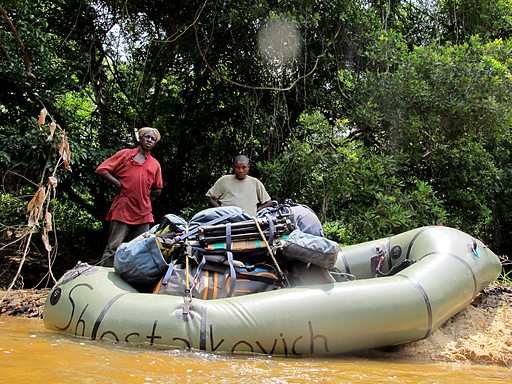 I love rafting rainforests.
This near silent method of travel gives you an unencumbered and discreet approach, perfect for radio, but rivers are also among the best possible places to spot wildlife returning from the forest depths to feed, drink and socialise.
This section of the Upper Guinean was one of the finest forests I had ever experienced. It was a storybook jungle, teeming with life.
For a couple of days I had been hearing primates everywhere – in the banksides, up the trees, behind distant ridges, but never quite close enough to see. 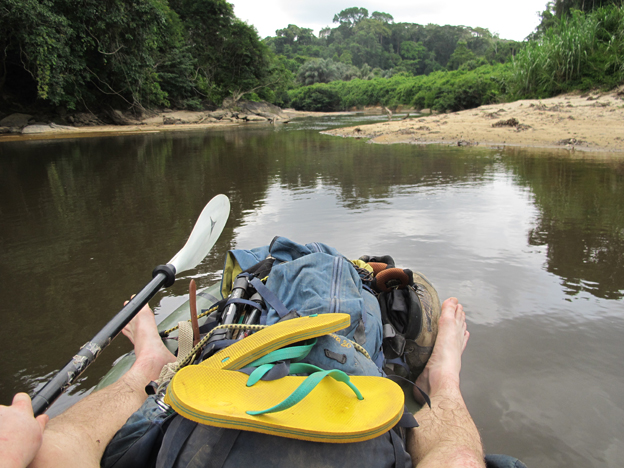 At dawn I’d hear the piercing screaming call of a chimp, but it was impossibly far away, the last hour of light would often bring a flash of fur, a scuffle in the bushes, a warning shriek but nothing more.
Then, on the fourth day, I dropped out of a tricky cataract into a large splash pool.
The sun was setting fast and my mind was fixed on finding a spot to string my hammock when a large crash in the canopy had me fumbling for my headphones and microphone. Sharp squeaks followed by the almighty crunch of splintering branches revealed a troupe of at least a dozen Diana monkeys. 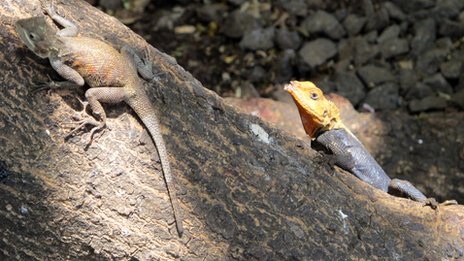 I was almost speechless.
The Diana is a gloriously decorated threatened species – grey and red-rust coloured fur merging with white breast, black face and long black tail. I had hoped I might glimpse one but I never imagined I would encounter so many, so close.
They allowed me to view them for a few moments, chirruping throughout, regrouping and reassuring each other, before disappearing back to the canopy.
Ten more days into the descent I recorded a heart-stopping encounter with illegal diamond miners on the Liberian bankside, hidden from poachers, survived a serious capsize and endured an enormous storm that had threatened to flood my camp. 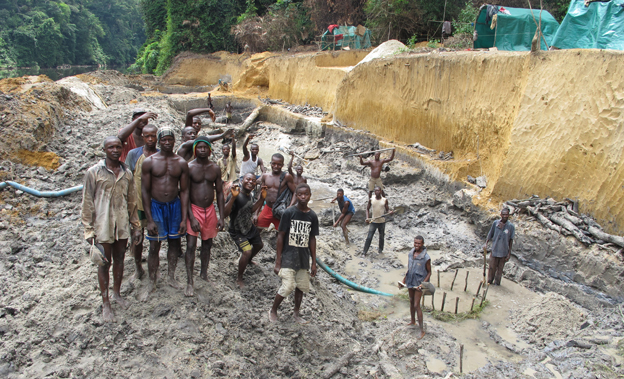 I was almost certainly an unwelcome intruder when I stumbled upon the diamond miners and for a moment it felt very dangerous.
As luck would have it they turned out to be huge fans of BBC radio and tuned into Focus on Africa on the World Service every night after work. After a while I found myself something of a guest of honour. 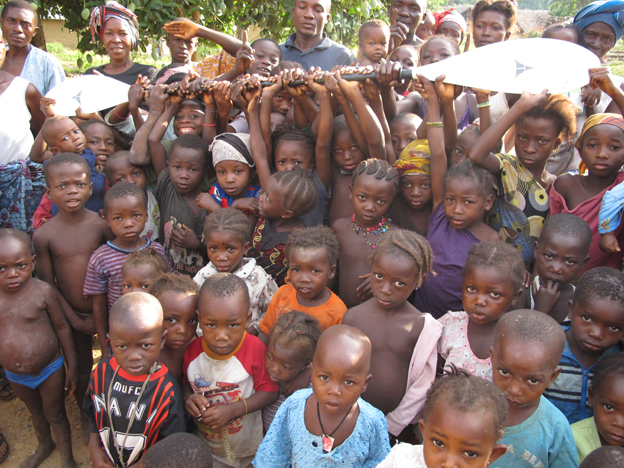 I believed I was through the worst and started to think about the finish line – where the river enters the Atlantic – and all the fried and liquid-based treats that would be waiting for me at the nearest village.
Then I started to get sick.
I tried to shrug it off with ibuprofen and fluid, putting it down to the exertion of paddling daily in the 40C heat.
But as my headache developed into a fever I began to fret, not least because among the last words of warning given to me before heading solo into the bush was the tale of a European woman who had complained of flu-like symptoms, not gone directly to hospital, and died of an undiagnosed haemorrhagic fever 48 hours later. 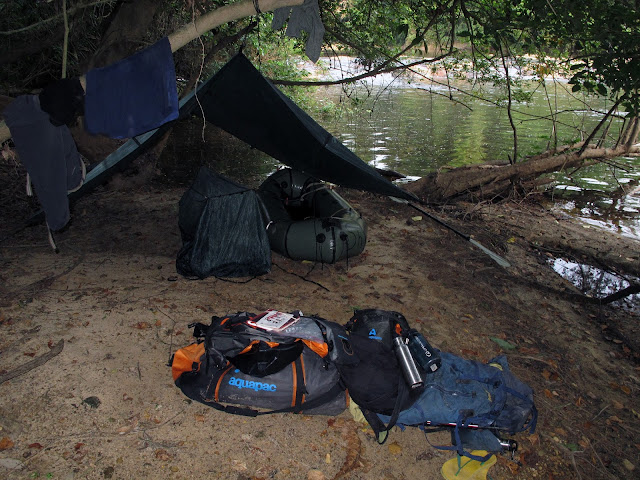 I desperately needed to make contact with someone on the Sierra Leone bank and find my way to the road, the hospital and proper treatment.
In the morning I started to paddle out.
My headache had worsened to the point that I could barely keep my eyes open in daylight and the pain in my joints was bordering on the spectacular.
My bones felt like they were grinding to dust with every movement and I had developed a massive abscess on my ring ringer from nothing more than an aggravated hangnail.
I had GPS marks for all of the villages along the river bar one – Tolo, which had been written on my map in felt tip by one of the Gola Rainforest National Park researchers. It was by far the closest settlement, only a three hour paddle downstream.
The river was much wider and calmer. I was dropping out of the heavy forest and knew I just had to hang on.
The previous summer, along with my best friend, I had endured a harrowing unplanned month-long trek through uninhabited forest in Indonesian West Papua, while searching for tribal trade routes.
I had survived that unscathed, surely I could get through this? 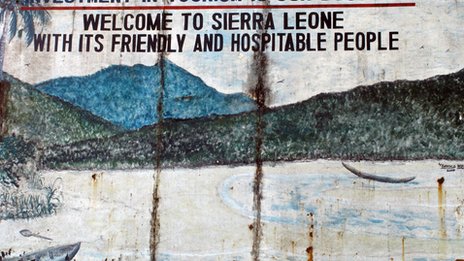 At midday a gap in the forest revealed a lone figure – a woman, crouched down washing her clothes.
I was drifting by this point, almost incapable of going through the motions of the strokes.
I remember her shouting, then multiple hands on me as I was peeled from my raft.
I was propped up on a tree-stump stool against a mud-brick house.
The chief was summoned.
I might have been the first Westerner to arrive in the village in such a condition but this place was no stranger to what to do with people carrying my symptoms.
My gear was divided up and I was hauled through the forest to the nearest village with a motorbike, then on to the roadside and eventually to hospital.
I survived thanks to a mix of luck, exceptional local support and money. An estimated half a million African people will not be so fortunate this year. 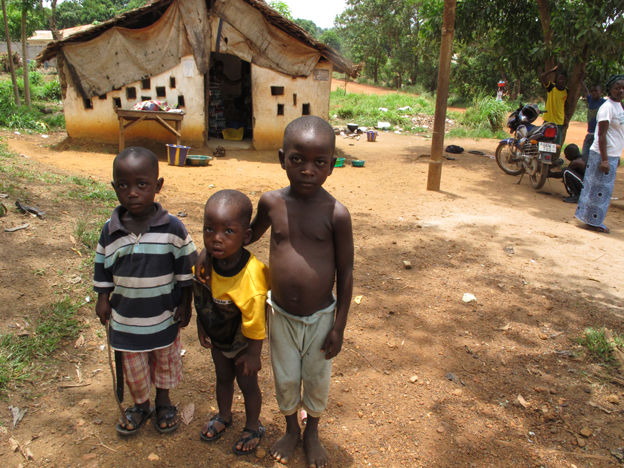 This blog was originally published on the BBC website. You can listen to his story Mum Says ‘You’re a Long Time Dead’ on iPlayer by clicking here.

Will will be giving a talk for the charity Street Child of Sierra Leone this October. See http://geckosuperstar.co.uk/thrills-and-spills/.