Aquapac: First, tell us about the ‘Australasia 3 Peaks Expedition’ – what is it?


Ricky: The aim of the expedition was to attempt to climb Australasia’s 3 highest peaks in one expedition, over the course of six weeks. They are all on the island of New Guinea – on the western (Indonesian) side of the island – and all three are over 4,500m high. If that wasn’t enough, they are all remote, and all involve a multi-day trek from the nearest airstrip. 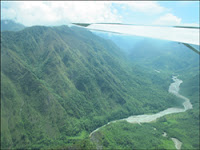 Aquapac: Sounds serious! Was it just about bagging remote summits though?


Ricky: No. The expedition also had scientific objectives: to study the accelerating recession of New Guinea’s glaciers, to support climate change research.


Aquapac: So is this a project with a start-date and an end-date, or is it more of an on-going thing?


Ricky: Well, this specific expedition was due to last six weeks in November and December 2010, but it didn’t go as expected, so I plan to go back to Papua in October 2011 to climb to the summits I was unable to reach last time. This expedition is the second leg of a long-term project to climb the three highest peaks on every continent. Which has never been done or even considered before.


Aquapac: Before we go into those plans in more detail, tell us a bit about yourself – what were you doing before you started the Australasia 3 Peaks project?


Ricky: In the year and a half leading up to the Australasia expedition I was working in humanitarian aid in Sudan, where I spent 8 months in Darfur and then moved to Khartoum. In 2008 I had established the Africa 3 Peaks expedition (to climb the three highest summits in Africa) and from this I began to develop my long-term objectives and realized that with enough commitment and courage, I could carry out a ‘3 Peaks’ expedition on each continent every year or two.


Aquapac: And as well as the time you’ve spent in Africa, what other countries have you been to, and what were you doing there? 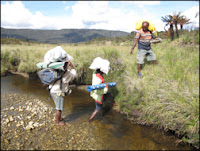 Ricky: I’ve become quite well-travelled in the last few years, but my first expedition was to Borneo in 1994 with Trekforce, with the aim of upgrading the infrastructure at an orang-utan rehabilitation centre. I was the youngest participant (aged 17) and thrived on the experience. After that, other commitments curtailed my adventures for quite a few years, until I decided in 2004 to enter the Marathon des Sables – the epic running race across the Sahara. And since that life-changing decision I haven’t looked back and have since climbed mountains in the European Alps, Kyrgyzstan, Uganda, Kenya, Tanzania and now Indonesia.


Aquapac: That’s quite an aprenticeship! And it sounds like it was all good preparation for the Australasia 3 Peaks. Tell us a bit more about that expedition.


Puncak Mandala is the most remote and hasn’t been visited since 2000. I planned to hire some local porters for the one week trek in from the nearest airstrip.


Puncak Trikora is the most accessible of the three but is officially off-limits due to ongoing rebel activity in the area. To reach it requires a two-day trek.


Carstensz Pyramid is also in a politically unstable area and requires a climbing permit and hours of negotiation with local tribal groups, which can only be arranged through an agent. To reach this mountain required a six-day trek to reach Base Camp.


Aquapac: So not a stroll in the park then. You said the expedition didn’t quite go as planned – what happened? 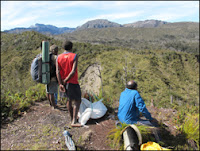 Ricky: On the second highest mountain, Trikora, I had some difficulty route-finding, and made it to a high point on the summit ridge at 4,500m. Beyond that, it was too risky to proceed (I was climbing alone) so I reluctantly turned back. For Puncak Mandala, the local community representatives were suspicious of my motives which caused major delays, eventually forcing me to abandon the climb. I was then planning to proceed to Carstensz Pyramid, but my agent cancelled that expedition, so I had no choice but to postpone.


Aquapac: So what happens next? You’ve said you’re going back for another attempt. How is that working out?


Ricky: I am in close contact with a local agent for Carstensz Pyramid, and it seems 75% certain to go ahead in October. The negotiations for access to Puncak Mandala continue.


Aquapac: We hope that goes well. Meanwhile, where are you based and what will you be doing?


Ricky: I’m originally from Glasgow but intend to work internationally in humanitarian aid for the next few years. I’m currently working with the Red Cross in Bangladesh and will deploy to Pakistan for a short-term mission in May.


Aquapac: Tell us about the Aquapac products you’ll be using on the next expedition. And how did they perform on your recent expedition? 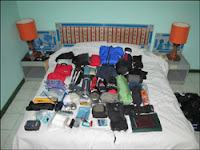 Ricky: I used one your Noatak Wet and Drybags* to protect the most important pieces of equipment, my satellite communications. I had an expedition laptop, BGAN, and satphone for backup. The Noatak protected these from the elements and kept me safe. I also took a selection of other Aquapac waterproof cases, so I always knew that my passport and other important documents were safe and sound while on expedition, which was a weight off my mind.
(*If you’re in the USA click here, if you’re anywhere else in the world click here)


Aquapac: Looking back over your travelling career so far, what was the happiest time?


Ricky: Often, the build up to an expedition is incredibly stressful so when I get on the flight to wherever I am going it feels like a huge relief. But, outside of expeditions, my happiest time was probably just watching the kids at Thomas Barnardo House childrens’ home in Nairobi grow during the 4 months I spent working there in 2008. They had such difficult starts in their lives but were so warm and happy and full of potential. It was an incredible privilege.


Aquapac: And what the scariest?


Ricky: The scariest time would be sitting at 5,300m at Camp 2 on Khan Tengri in the Tien Shan mountains in 2006. The campsite was seriously exposed to icefall and there were several small avalanches around us during the day and night. It was an eerie and unnerving experience (although the views out the tent were sensational!)


Aquapac: And was that the worst time as well?


Ricky: No. The worst moment was realising in Papua that external factors were conspiring against me, that 1.5 years of planning were being wiped out, and that I wouldn’t get to the top of the three highest peaks in Australasia – not this time anyway.


Aquapac: You are obviously a driven person, determined to succeed. Tell us about some of things that have inspired you.


Ricky: The people that have inspired me include David Attenborough, Hugh Barrow, and the Scottish Rugby team in 1990. Another great inspiration was Marks Anstice’s book ‘First Contact’ – it partly inspired my Papua expedition – but Willard Price’s Adventure series really started my love of adventure as a child.


Aquapac: And as well as books, how about music? Do you listen to music when you’re travelling? What are your favourite sounds? 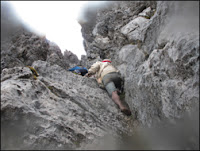 Ricky: I normally take an MP3 player, which can seriously relieve base camp boredom. I listen to a huge mix of stuff, from Biffy Clyro to 80s electronica to the Stones. Usually nothing too mellow!


Aquapac: Despite the obstacles you’ve encountered, you certainly seem to love adventure still. Before going back to Papua to continue your expedition in October 2011, what are your plans for the next few months?


Ricky: The next few months will be busy with work, both here in Bangaldesh and in Pakistan, where I will deploy short-term to help finalize a flood relief project. I’m also training physically for my return to Papua and hope to fit in a very quick visit to the UK to meet up with friends and family. Life is always hectic, but I’d never have it any other way!


Aquapac: Thanks, Ricky and we wish you the best of luck with everything you get up to! 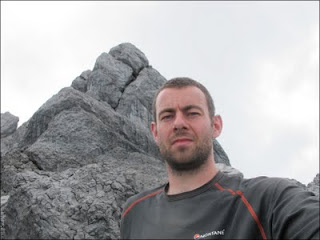